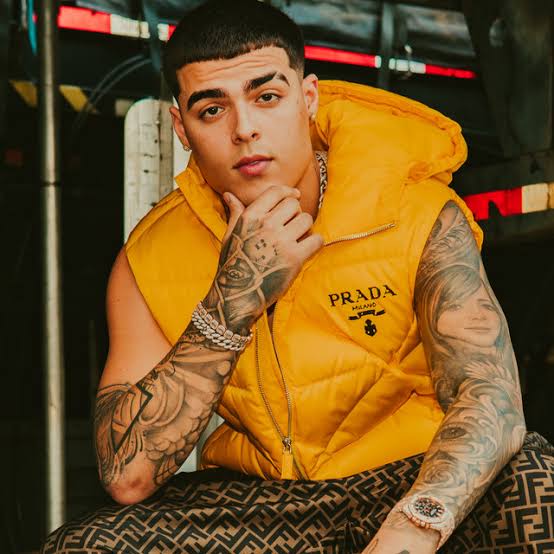 Jefnier Osorio Moreno, born October 4, 2000, better known as Lunay, is a Puerto Rican singer and rapper. A Solas, Luz Apaga, Soltera, and Soltera (Remix) are some of the songs that helped him become well-known in the reggaeton and Latin music scenes. Lunay first album, Epico, was released on October 25, 2019.

His primary loves as a kid were soccer and the drums. Lunay discovered his musical career as a result of playing soccer.

He was inspired by what other Latin American singers in the urban genre were accomplishing at a young age and knew he wanted to be a part of it.

Lunay started making freestyle raps at the age of 12, which he then posted to Facebook. In front of his soccer teammates, he used to improvise, and several of his videos went viral.

Chris Jeday and Gaby Music, among other producers, were drawn to his freestyle raps.

Under the name “Jefnier,” he began posting brief musical compositions to SoundCloud in 2017 and began taking the music business more seriously.

In 2017, Lunay released “Aparentas,” which received thousands of downloads on this site and caught the attention of two of Puerto Rico’s most renowned producers, Chris Jeday and Gaby Music.

Both producers reached out to the young Puerto Rican and offered him a record deal; after accepting, he changed his stage name to Lunay in May 2018.

He released “Si Te Vas Conmigo” in the same month and “Dejame Saber” a month later.

Both “A Solas” with Lyanno and “Como La Primera Vez” with Amarion were released in the same year.

Anuel AA, Brytiago, and Alex Rose remixed “A Solas” at the end of 2018, and it spent many days on the YouTube Trending page.

He also made the track “Top Gone” on August 5, 2020, with fellow American rapper Lil Mosey. The latter’s second studio album, “Certified Hitmaker,” featured the song as a bonus track on the deluxe edition.

Lunay is a super talented Puerto Rican singer and rapper with a net worth of $1.5 million. He is an outstanding personality who has released several hit songs.

Despite rumors that he had affairs with his female co-artists, there are no records of him ever having a child or children.