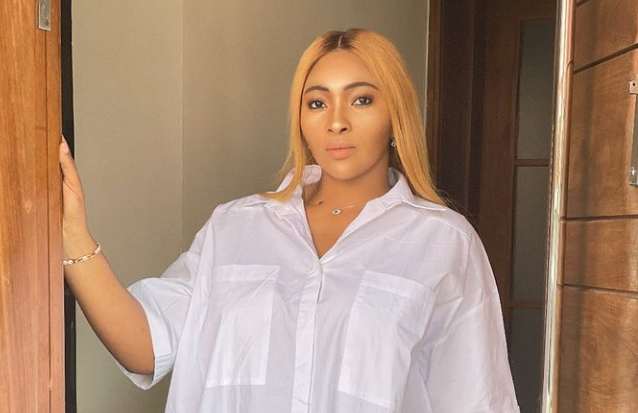 We bring you Lilian Esoro’s biography with insight about the talented Nigerian actress, which contains facts you need to know about the popular Nollywood actress.

Lilian Esoro is one of the best Nigerian actresses, having appeared in several Nollywood movies.

Lilian originally hails from Imo State, where she had her primary and secondary education.

She came into the spotlight in 2005 after Nigerian comedian Bovi gave her a role in the soap opera Extended Family.

Lilian was born in Imo State but relocated with her family to Lagos State while she was still young.

She graduated from the University of Abuja with a degree in Political Science.

Since she came into the Nollywood industry in 2005, Lilian has appeared in several movies, playing significant roles.

She starred in the popular television series Tinsel, Clinic Matters, and Taste of Love.

Lilian Esoro bagged a nomination for best actress in a comedy at the 2013 Africa Magic Viewers’ Choice Awards.

Linda Esoro is a top Nigerian actress with an estimated net worth of $800,000.

Lilian Esoro is currently single. She got married to Ubi Franklin in November 2015, and but the marriage didn’t last more than a year.

Lilian and Ubi Franklin had a son together during their marriage before they divorced in 2016, just two years after they got married.