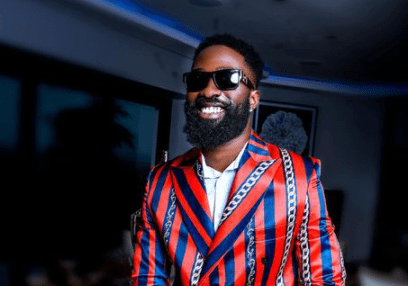 Lekan Kingkong is widely known for his ability to speak Yoruba language fluently. He is the founder of iNAKI TV and King Kong Records.

Lekan Kingkong is a native of Ogun State, born in Lagos State where he was born and raised. He is from the Yoruba tribe and is known for his ability to speak the language fluently despite living in South Africa.

He had his primary and secondary school education in Lagos State, the South Western region and Nigeria commercial city before he proceeded to a higher institution.

Lekan Kingkong attended Ajayi Crowther University where he graduated with a First Class in Business Administration from the elite institution.

The multi-talented Nigerian actor is currently living in Sandton City, Johannesburg in South Africa where he create his comedy videos which fans are always ready to watch especially Nigerians and South Africans.

Being a talented actor and content creator, Lekan Kingkong has made impact in the entertainment industry with his video contents which he always remember his Yoruba root by speaking the language fluently.

Due to his fame in using Yoruba language in his videos despite living outside the country, many people gave him kudos one of them is John Boyeka who praised his ability to make Yoruba version of a skit he posted which went viral on social media.

Lekan Kingkong is a celebrity with huge fan base on social media. The comedian doesn’t disappoint in his content as he always deliver top-notch.

He has a YouTube channel where he shares his video contents and his Instagram page with lots of followers, readily waiting for the comedian to drop video.

Lekan Kingkong is a super talented actor, YouTuber and comedian. He has an estimated net worth of $300,000. The CEO of King Kong Records has been in the entertainment industry for a couple of years and prove that he is one of the best Nigerian comedian.

Lekan Kingkong is married to the love of his life although the name has not been disclosed. Their union is blessed with a child. The actor and comedian took to his Instagram page on May 24, 2021 to break the good news as he share a photo of himself carrying his new born baby with a smile on his face.

However, Lekan has decided to keep the identity of his wife private in order not to involved his marriage in the media.