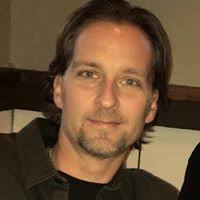 Larry Birkhead, born January 22, 1973, is a talented American photographer and television personality. He began his career by appearing in several films and numerous TV shows. He rose to fame after a DNA test was able to establish that Larry Birkhead was the father of Anna Nicole Smith’s daughter, Dannielynn Birkhead.

Larry Birkhead was born to Nancy and Larry L. Birkhead in Louisville, Kentucky, on January 22, 1973.

He has a twin brother named Lewis Birkhead and a sister named Angela Heuser. A Judy Birkhead, his stepsister, is also a family member.

The majority of Larry Birkhead’s personal information seems to be kept secret. He has therefore kept a lot of information about himself private, such as his personal history and family information.

Larry Birkhead attended Doss High School in Louisville before enrolling at the University of Louisville to earn his journalism degree.

Celebrity photographer Larry Birkhead is mostly recognized for his appearances on the reality TV programs The Millionaire Matchmaker and Celebrity Wife Swap.

He began his career by appearing in several films and numerous TV shows.

Larry Birkhead is a popular American photographer and television personality who has an estimated net worth of $3 million.

Details about Larry Birkhead’s current girlfriend are currently unknown. He appears to be single and focused on other crucial matters.

His most recent known relationship was with Anna Nicole Smith, which lasted for a few years before ending.

At a Kentucky Derby event in May 2004, Larry Birkhead was working as a freelance photographer in Louisville when he met Anna Nicole Smith.

After the girl’s mother passed away on February 8th, 2007, a number of men, including Larry Birkhead, claimed to be her real father.

In an effort to have a paternity test established, Larry Birkhead, who insisted he was the child’s father, filed a lawsuit.

On April 10th, 2007, the court decided that Larry Birkhead was the child’s father based on the DNA sample he provided.

Howard K. Stern was denied custody by the court, and Larry Birkhead was appointed as the only legal guardian of his daughter.

The father-daughter bond between Larry Birkhead and Dannielynn Birkhead is quite strong. They consequently frequently appear together at various events.