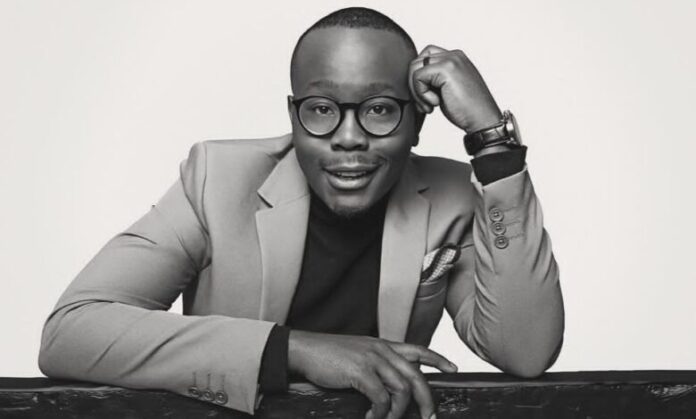 Khaya Mthethwa, is a multi-gifted South African gospel singer, songwriter, and musician. He was born as Khayelihle Nkosinathi Mthethwa on November 25, 1987. He is also a composer of songs and a multi-instrumentalist.

He is well-known for winning the 8th season of the TV singing competition Idols South Africa in 2012. He is also a choir member of the renowned gospel group, Joyous Celebration, which has been popular in South Africa and across Africa.

His religious parents, pastors’ Themba and Lulu Mthethwa helped to build his passion for music following their strong upbringing and guidance.

He grew up surrounded by music and musicians. He has a sibling named Mnqobi Mthethwa.

Mthethwa grew up in a church environment. His father Bhekithemba Mthethwa is a minister at the Umlazi Oasis Fellowship Centre. After successful completion of his high school education, Khaya wanted to pursue a career in music but his parents were not keen on the idea, so he went to study project management at the university college but remained active in a church as a music director of the church choir.

Considering his zeal and passion for music, he decided to pursue a career in music after his high school. He signed up at the Durban University of Technology to study jazz performance. He worked on his skills as a vocalist and instrumentalist there. In 2017, he released his debut solo album titled, RISE.

In 2012 Khaya resurfaced on Ntokozo Mbambo’s album titled Filled, as a backing vocalist. In the same year, he showed up in Idols South Africa with the intention of trying out a different genre to enhance his music abilities. Due to his talented skills, he came out flamboyantly as the eventual winner of the competition, winning with over 80% of the public votes.

In 2013, he participated in another TV competition, The Clash of the Choirs, but this time as a member of the Kwa-Zulu Natal choir, who won the competition. Khaya is skilled in singing gospel, pop, jazz and R&B, and he is a self-taught musician who can play a keyboard, guitar, drums and percussion. He is also a songwriter, and wrote most of the songs in his debut album, For You.

Khaya also operates as a TV host as he is a host of Gospel TV show, Gospel Alive that premiered on 3 November 2013 on Multichoice DSTV’s Mzansi magic channel, on which he worked with content producer Tebogo Rameetse.

He began hosting the Mzansi Magic religious music talk show Gospel Alive in late 2013. On 21 May 2017 he started hosting the BET gospel show, Rhythm and Gospel and on 25 June 2017, he debuted as the host of SABC1’s Sunday morning gospel show Gospel Avenue.

Khaya have released music albums which include:

The Gospel singer has won awards in his name which include:

In 2015, the multi-talented music idol was romantically linked to actress Nomzamo Mbatha and later dated another actress, Jessica Nkosi. Khaya was often seen as the reason the two actresses are no longer friends.

Khaya Mthethwa celebrated his traditional wedding with Miss South Africa 2016, Ntandoyenkosi Kunene on 2nd December, 2017 in Mpumalanga. Khaya describes his wife as a person who is an incredible human being, a person with a strong character and who comes from an exceptional family.

On 24 December 2019, they announced their divorce on social media platforms. The reason for their split was not made known but Khaya did mention in one of his church sermons that the two years of their marriage were difficult and had presented many challenges.