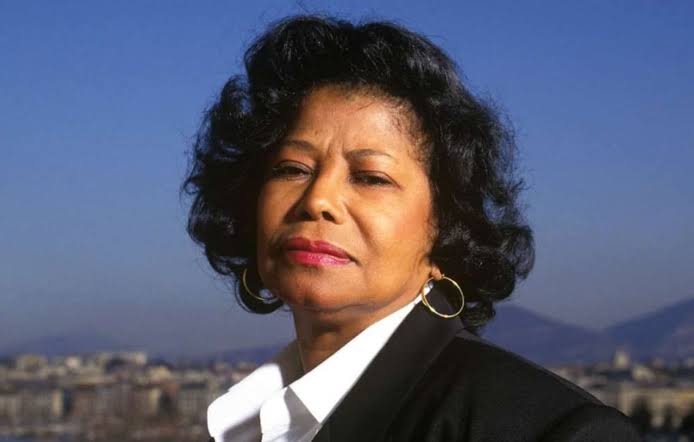 Katherine Esther Jackson, née Scruse, born Kattie B. Screws on May 4, 1930, is the mother of Michael and Janet Jackson and other members of the famous Jackson family. Katherine had the dream of becoming a top musician while he was young but her dream was cut after she contracted polio.

Katherine Jackson, the older of two daughters born to Martha (née Upshaw, and Prince Albert Screws, was born Kattie B. Screws on May 4, 1930 in Clayton, Alabama.

She had a significant, persistent limp as a result of contracting polio at the age of two. Her father renamed her Katherine Esther Scruse in 1934, the same year he adopted the Scruse last name.

Katherine Jackson wanted to be an actress or a country singer as a child but was disappointed to discover that there were few renowned black country stars.

When Jackson was still a young child, her parents got divorced. While attending Washington High School in East Chicago, Indiana, Jackson joined the band there.

Katherine’s children allowed her to realize her childhood dream of becoming a singer.

Although Michael Jackson was unquestionably the greatest artist to date and had accomplished it all on his own, his mother Katherine was the one who first introduced him to music and continued to encourage him throughout his career.

Katherine has always had a passion for music. Her dream was also destroyed once she contracted polio.

But she continued performing on modest stages. And once she married Josef, who was also a talented singer, the two of them began performing together.

However, that was sufficient to provide for their family, so Katherine gave up singing and began working as a store clerk.

She soon left her job and began putting her entire attention toward her family and children.

The pair sang together as Joe played guitar during their early years in Gary.

Joe continued to work at the adjacent Inland Steel Company in East Chicago after his boxing career came to an end.

Joe and Katherine Jackson had 10 children between 1950 and 1966, including the twins Marlon and Brandon, who passed away shortly after birth.

In Gary, Indiana, the Jackson 5 was first established in 1964. The older brothers Jackie, Tito, and Jermaine were there, and then the younger brothers Marlon and Michael joined.

The Jackson 5 performed on the Chitlin’ Circuit in talent competitions and clubs. In 1967, they signed with Steeltown Records and put out two singles.Joe Jackson oversaw the organization.

The group joined with Motown after leaving Steeltown Records in 1968, and their songs “I Want You Back,” “ABC,” “The Love You Save,” and “I’ll Be There” became their first four straight number-one successes on the Billboard Hot 100.

Katherine Jackson is a popular American celebrity mother who is the matriarch of the Jackson family. Her net worth is $100 million.

Katherine Jackson first met Joseph Jackson, who was already married, in 1947. However, it couldn’t be a roadblock in their romance.

In 1949, Joseph married Katherine after divorcing her first spouse. One of the couple’s ten children passed away shortly after birth, and Michael Jackson passed away in 2009.