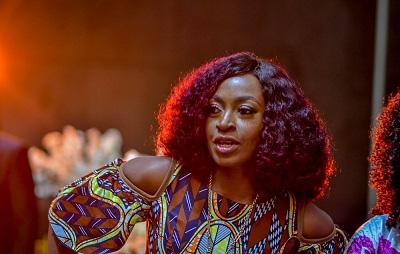 Kate Henshaw-Nuttall, born July 19, 1971, professionally known as Kate Henshaw, is a popular Nigerian actress and television personality. She won the Best Actress in a Leading Role for her performance in the movie Stronger Than Pain at the 2008 African Movie Academy Awards.

Kate Henshaw, the oldest of four children, was born in Cross River State. She received her elementary education at St. Mary private school in Ajele, Lagos.

She was later admitted into the Federal Government Girl College in Calabar for secondary school.

She studied remedial studies for a year at the University of Calabar before majoring in Medical Microbiology at the School of Medical Lab Science at LUTH (Lagos University Teaching Hospital) in Lagos.

Henshaw was a nurse in the Bauchi State General Hospital in Bauchi, Nigeria. Kate Henshaw worked as a model before becoming an actress, appearing in a number of commercials, including a print and television advertisement for Shield deodorant.

Kate Henshaw was chosen for the lead part in the film When the Sun Sets in 1993 after auditioning. This was her first major role in a Nollywood film. Kate Henshaw has appeared in over 45 Nigerian films.

For the film Stronger than Pain, she earned the Africa Movie Academy Award for Best Actress in a Leading Role in 2008.

She was nominated for an African Movie Academy Award in 2018 for her role in the film “Roti,” for which she received a nomination for “Best Actress in a Leading Role.”

Kate Henshaw is a Nigerian actress and television personality with an estimated net worth of $3 million.

Kate Henshaw and Dan Foster were chosen as judges for the reality show Nigeria Got Talent in September 2012. Kate Henshaw and Banky W were named brand ambassadors for Samsung Mobile Division in 2013.

Kate Henshaw was chosen as one of 50 judges for the CBS International Talent Show The World’s Best in January 2019. Kate Henshaw worked as an ambassador for Glo, the world’s largest telecommunications business.

In 2016, a Twitter user tagged Henshaw in a photo of a two-year-old boy named Michael Alvez who was born with an ulcerous tumor on his face. Henshaw became interested in the case after seeing the photo.

She and others contributed an amount of 8 million Naira to the boy’s care. The money was returned, however, at the request of the family, who had turned down all assistance.

Kate Henshaw is married to Roderick James Nuttal, a British-born actor. They got married in 1999 with the union blessed with one child.

However, Kate Henshaw and and Nuttal divorced in 2011 and the actress has not got married to another man since her separation from her ex-husband.