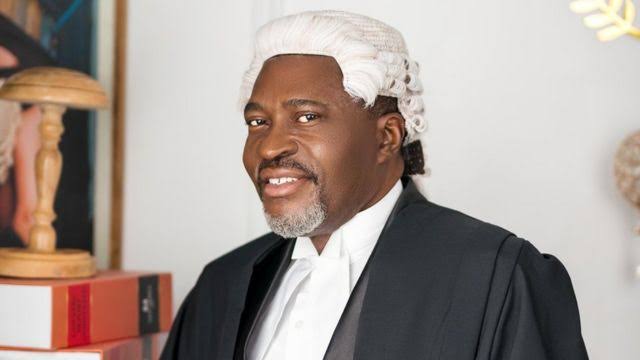 Anayo Modestus Onyekwere MFR, born March 1, 1962, popularly known as Kanayo O. Kanayo, is a Nigerian veteran actor, businessman, and lawyer. He won the 2006 African Movie Academy Awards for Best Actor in a Leading Role for his performance in the film, Family Battle.

Kanayo is an Imo State native and hails from Nru Umueze Oboama Ezinihitte in the Mbaise Local Government Area.

He was born in Mbaise Local Government Area, Imo State, of the Southeast geopolitical zone of Nigeria where he grew up.

Upon completing his secondary school, he got admitted into the prestigious University of Lagos and graduated with a degree in philosophy, a diploma in law, and a diploma in mass communication.

Additionally, he earned a master’s in political science. In addition, he graduated from the University of Abuja with a law degree in 2018 and was admitted to the Nigerian Bar in 2020.

In the 1992 film Living in Bondage, he made his debut on the big screen and has since appeared in more than 100 movies.

His performance in the film Across the Niger earned him a nomination for the 2008 African Movie Academy Award for Best Actor.

In 2011, he contested for the position of Speaker of the Imo State House of Representatives which he didn’t win.

He ran for the position of Ahiazu/Ezinihitte Mbaise representative in the Federal House of Representatives in 2018 on the platform of the APGA political party, but lost.

He has been in a number of Nollywood productions, such as Lion Heart and the sitcom Professor Johnbull, but he is best recognized for playing villains in these works, particularly those that deal with occult rituals.

He holds the designation of MFR and is currently an ambassador for the UN.

Kanayo was one of many Nigerians who received awards from the government in 2014 as part of the centennial commemoration.

The net worth of Kanayo O. Kanayo is an estimated $3 million. He has inked his name among the top influential and richest Nollywood actors.

Kanayo O. Kanayo is happily married to his beloved wife, Nneka Onyekwere. The couple got married in 19999, ad they have been enjoying a fruitful union.

Kanayo and his wife wife has four children together, namely Uloaku Valerie Onyekwere, Kosisochukwu Montell Onyekwere, Einstein Onyekwere, and Clinton Onyekwere who is also known as the Onye Eze Mbaise.