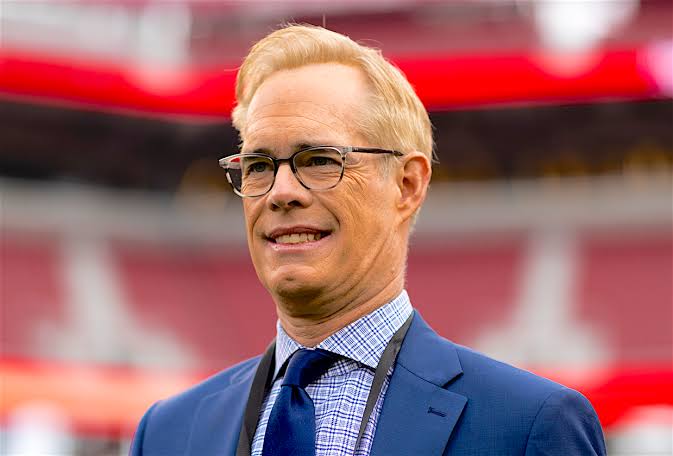 He was born in St. Petersburg, Florida (where the St. Louis Cardinals, for whom his father broadcast, then held their spring training).

In 1989, he started his broadcasting career while still a student at Indiana University Bloomington.

Joe Buck covered the 1989 Triple-A All-Star Game for ESPN and worked as play-by-play announcer for the Cardinals’ minor league team, the Louisville Redbirds.

He reported for KMOV, the CBS station in St. Louis, in 1991. In 1991, Buck also started stepping in for his father while he worked on CBS telecasts by talking about the Cardinals on local television and KMOX radio.

He provided the play-by-play narration for the University of Missouri basketball broadcasts during the 1992–93 season.

After being hired by Fox Sports, Buck continued to call Cardinals games, first with his father on KMOX and then on FSN Midwest television.

However, as his network responsibilities grew, his local workload decreased. As a result, it was announced prior to the 2008 season that he would no longer be calling Cardinals telecasts for FSN Midwest.

For the first time since 1960, a Buck family member was not a part of the team’s broadcasting staff.

After being hired by Fox in 1994, Buck became the youngest person to ever announce a regular schedule of National Football League games on network television at the age of 25.

Fox broadcast the game live and in prime time to the entire country.

Buck and his family competed against Oliver Hudson’s family on ABC’s Celebrity Family Feud in 2021. [37]

In 2022, Buck was hired as the announcer for Eric Stonestreet’s Domino Masters on Fox.

When Stonestreet was a guest panelist during the second week of the competition and he and Robin Thicke correctly identified Buck during the final guesses, he was revealed.

Joe Buck is a popular American sportscaster with a net worth of $35 million. Over the years, Buck has primarily worked as a play-by-play announcer for NFL and MBL games on Fox Sports.

Joe Buck was married Ann Archambault from 1993 to 2011, and the two of them have two daughters, Natalie and Trudy.

On April 12, 2014, he wed former Bronco cheerleader Michelle Beisner, a reporter for the NFL Network and ESPN.

Blake and Wyatt, their identical sons, were born in April 2018.