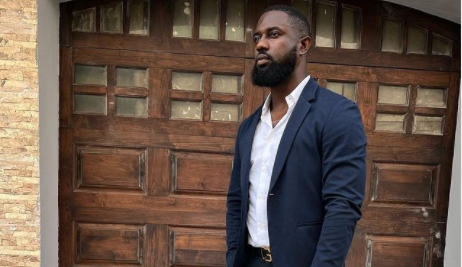 Gospel Chinemeremu Obi, born January 14, 1987, better known as Gospelondebeatz, is a Nigerian music producer and songwriter who has produced several songs for Nigerian musical artists. He started playing drums at the age of 7 and the keyboard at the age of 9, and he performed in different concerts in his church.

Gospelondebeatz came into prominence after he produced “All of You,” the first track off Davido’s sophomore album Omo Baba Olowo.

Gospelondebeatz started his music career while he was still at a tender age, playing drums and keyboards while he was just 7 and 9 years old.

He performed at different concerts in his parents’ church and was always at the top of his game anytime he was playing any of the instruments.

He began making beats with the keyboard, which drew the attention of lots of people to his work at such a young age.

Gospelondebeatz is well educated as he had his primary and secondary education in his hometown where he was born before he proceeded to a higher institution, although the name of the institution has not been disclosed.

He attended the School of Audio Engineering (SAE), where he obtained a diploma in electronic music production and a diploma in audio engineering from the Audio Institute of America (AIA).

The talented beat maker developed interest, skill, and undying passion for his studio production and earned applause at the age of 17 when he produced a 10-track gospel choir album for his church, where his journey to fame began.

Gospelondebeatz believes in hard work, consistency, and dedication, which pays off and makes him one of the best Nigerian music producers.

He is a founding member of Africa’s premium band; Alternate Sound and also has other projects under his belt that have delivered massively.

Gospelondebeatz is greatly influenced by Don Jazzy, Oskido, and Timbaland, and he is responsible for some of the hit songs you vibe to from your favorite artists.

Gospelondebeatz is a talented music producer. He has an estimated net worth of $500,000.