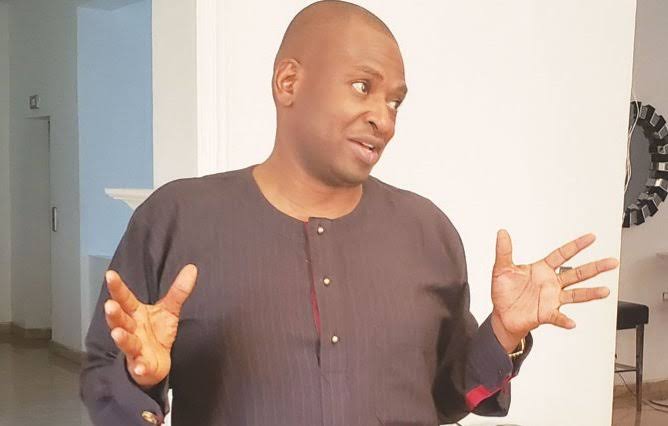 Olufemi Adegoke Osibona, born in 1966, better known as Femi Osibona or Femi Fourscore, is a Nigerian businessman and real estate expert. He is a native of Ikenne in Ogun State and came into the limelight after Matthew Ashimolowo of the Kingsway International Christian Centre (KICC) narrated his encounter with him in a viral video.

Osibona has constructed several buildings both in Nigeria and abroad, making him popular in his profession.

Femi Osibona was born in in Ikenne, Ogun State where he hails from and grew up alongside his siblings.

He had his primary school in Lagos before moving to Mayflower School in Ikenne.

Osibona proceeded to Croydon University in the United Kingdom (UK), where he studied Business and Finance.

Osibona started his career making shoes and suits in 1991 before he ventured into real estate development in 1997.

Osibona stopped clothing and shoe business in 1998 after nurturing a property he purchased in the UK in 1997 to a profitable venture and started construction business full time.

He is the founder and CEO of Fourscore Homes, a real estate development firm, and a member of the National Home Builders Registration Council (NHBRC) in South Africa and Zurich Building Guarantee in Europe.

The company is focused in property development within the UK, South Africa, the United States (U.S.) and Nigeria.

Femi Osibona is the first African developer to construct a seven-storey building at the highbrow Albion Drive, London Fields in East London.

Femi Osibona is a Nigerian businessman and real estate expert. He has an estimated net worth of $10 million.

Femi Osibona is a member of the Celestial Church of Christ (CCC). He is married and they have children together, although the names of his children and wife remain unknown.

The collapse of the Ikoyi building was his structure that suffer damage in October 2021.

During a chat with CelestialOvation Talk Show, Osibona narrated how four of his 24 flats in Atlanta, Georgia in the U.S. were collapsed.