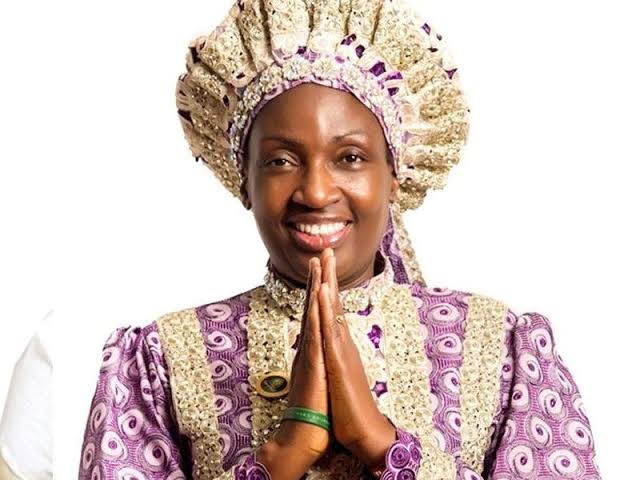 Nigerian prophetess Esther Ajayi was born on April 2, 1963 in Mushin, Lagos, one of the biggest commercial cities in Africa.

Esther Ajayi is the third of her parents’ six children whom she grew up together with.

She began preaching at the age of eight and had displayed spiritual skills since she was a little child which prompt her to become a Prophetess.

She attended the nursery and primary school of the Christ Apostolic Church before finishing her secondary education at the Ikeja Senior Grammar School in Bolade-Oshodi, Lagos.

Before beginning her full-time ministry, Rev Mother Esther Ajayi temporarily worked as an air hostess for Nigeria Airways after graduating.

She advanced to the level of Accounts Officer before leaving her job in 1985 to move to the UK with her husband, who was a University of Birmingham student.

She left British Telecom in 1987 after a brief employment as an administrative officer then return to Nigeria and founded the Love of Christ Generation Church.

Reverend Esther Ajayi is a famous Nigerian prophetess and clergywoman who has an estimated net worth of $40 million. She is one of the richest Nigerian pastors who owns a private jet.

Rev. Dr. Ademuyiwa Ajayi and Rev. Mother Esther Ajayi are married and are enjoying a blissful marriage after they tied the knot in 1984. Their union is blessed with four children in addition to one adopted child.