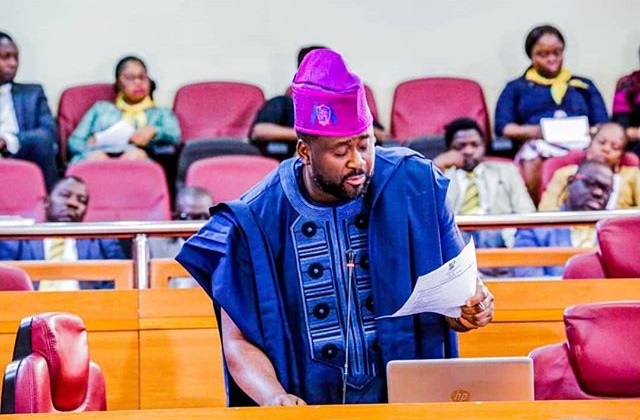 Desmond Oluwashola Elliot, February 4, 1974, better known as Desmond Elliot, is a Nigerian actor, filmmaker, director, and politician who has starred in over 200 films, television shows and soap operas. He hails from Olowogbowo in Lagos Island, Lagos where he was born. He was elected to the Surulere Constituency of the Lagos State House of Assembly.

Desmond Elliot was born in Olowogbowo, Lagos Island, to a Yoruba father and a mother from Illah, Oshimili North, Delta State.

He went to Air Force Primary School for his primary education and then St. John’s College, both in Jos, Plateau State, in the northern part of Nigeria.

After his secondary education, he earned his bachelor’s degree in economics from Lagos State University in 2003.

Elliot was motivated to pursue acting by a friend. He began his acting career by appearing in soap operas such as Everyday People, One Too Much, and Saints and Sinners.

He is a leading actor in Nollywood, having acted in over 200 films such as Men Who Cheat, Yahoo Millionaire, and Atlanta.

He received an African Movie Academy Award nomination in 2006 for “Best Actor in a Supporting Role” in the film “Behind Closed Doors.”

Elliot co-produced and co-directed the film “Reloaded” in 2008, which got three African Movie Academy Award nominations in 2009.

He was nominated for the Nigeria Entertainment Awards’ Best Actor category in 2009 and 2010.

Elliot also competed in 2010 for the position of ambassador for the Face of Hope Project, a “volunteer-based non-profit, non-religious, non-political organization established to give hope to the hopeless,” where if he is chosen, he will work to eliminate “child illiteracy in Nigeria and Africa at large.”

He received an African Movie Academy Award nomination in 2014 for “Best Actor in a Supporting Role” in the film “Finding Mercy“.

Desmond Elliot announced his desire to run for the Lagos State House of Assembly under the All Progressives Congress in September 2014.

In the 11 April 2015 Nigerian General Elections, he contested for and won the Surulere Constituency.

Desmond was harshly criticized at the End SARS rally in October 2020 for supposedly backing the Anti-Social Media Bill in Nigeria, an allegation he rejected when the news first broke via social media.

Nigerians on social media did not take his statements lightly, and the popular Nigerian pidgin terminology na Desmond Elliot cause am (It’s Desmond Elliot’s fault) was birthed.

He did, however, apologize a few days later. “I let my emotions get the best of me,” he continued, “and for that I apologize to everyone my previous words may have hurt.”

Please keep in mind that even the most accomplished individuals make mistakes. As a result, I ask that we all strive to engage constructively on topics that concern us all moving ahead.

I pledge to follow suit. My activities and actions will be driven by the anguish I feel for my citizens, the cries for aid that I continue to receive, and the desire to prevent additional destruction and violence.

I thank you all for sharing their perspectives, and I pledge to be more careful and alert in the future. We shall build a better Nigeria together.”

Desmond Elliot, who represents Surulere Constituency 1 in the state legislature, is seeking a third term.

Despite the fact that his nomination by the party All Progressive Congress (APC) was unopposed during his two terms in office, he faces stiff competition in the 2023 general elections, as a number of aspirants (including Honourable Barakat Bakare Akande, the current Council leader of Surulere Local Government) have declared their intention to run.

Desmond Elliot is a top Nigerian actor, filmmaker and politician. He has an estimated net worth of $10million.

Desmond Elliot is married with four children. He got married to his wife, Victoria Elliot. They both celebrated their 15th wedding anniversary on December 26, 2018.