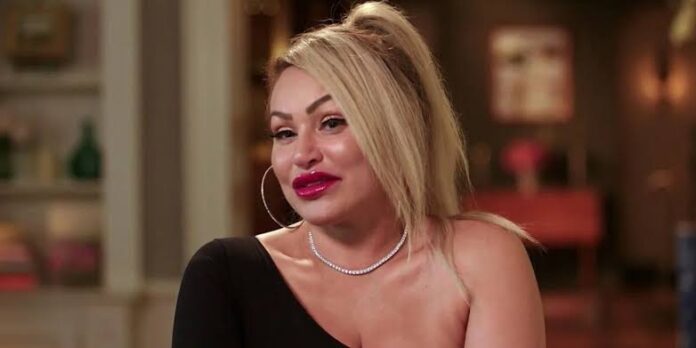 Darcey Silva, born September 23, 1974, is an award-winning American actress, entrepreneur, television personality, and clothing designer. She is most recognized for her work on the TLC reality series Darcey & Stacey and 90 Day Fiancé: Before the 90 Days.

Darcey Silva was born on September 23, 1974, to Mike Silva and Nancy Silva. She has an identical twin named Stacey Silva.

On July 11, 1998, her brother passed away from cancer. She has studied at Marshall University and the University of Houston.

From 1998 to 2001, she pursued her acting education at the Lee Strasberg Theatre and Film Institute in New York City.

In October 2010, Darcey and her sister Stacey co-founded the clothing line House of Eleven. The business entered the home goods, cosmetics, and footwear markets in 2021.

The sisters frequently appear wearing products from the online retailer House of Eleven on their television program.

Eleventh Entertainment, their producing company, is another asset.

Together with their father, Mike Silva, the sisters worked as co-executive producers on the 2013 comedy White T, which starred Jerod and Jamal Mixon.

On White T, one song included backup vocals from the sisters.

The movie Soul Ties was also produced by Eleventh Entertainment and AmVic Entertainment (2015). Silva and her sister released “Lock Your Number,” their first dance-pop hit, in 2018.

The next year saw the release of “Always In My Heart,” their second song. They paid homage to their deceased brother in the song.

Silva rose to fame as a result of her appearances in the TLC series 90 Day Fiancé: Before the 90 Days (2017–2020), which tracks a number of relationships as they come together for the first time after meeting online.

She has appeared in a number of 90 Day Fiancé spin-offs, including Pillow Talk, Self-Quarantined, and B90 Strikes Back! Entertainment Weekly revealed on June 29, 2020, that Silva and her sister Stacey would get their own reality program named Darcey & Stacey.

When they revealed their new show, the sisters and their family took part in a special interview and photo shoot for Entertainment Weekly.

The show focuses on their relationships, love, and family life. In August 2020, she appeared as a guest on Jenny McCarthy’s Sirius XM radio show.

Darcey Silva is a popular American actress, entrepreneur, television personality, and clothing designer with a net worth of $2 million.

Darcey Silva proposed to Georgi Rusev, a masseuse and fitness model from Bulgaria, in June 2020.

On October 14, 2020, the pair made their engagement public with a special interview and photo session for People magazine.

Darcey Silva revealed that she has called off her engagement to Rusev on February 28, 2022.

How Tall is Darcey Silva?