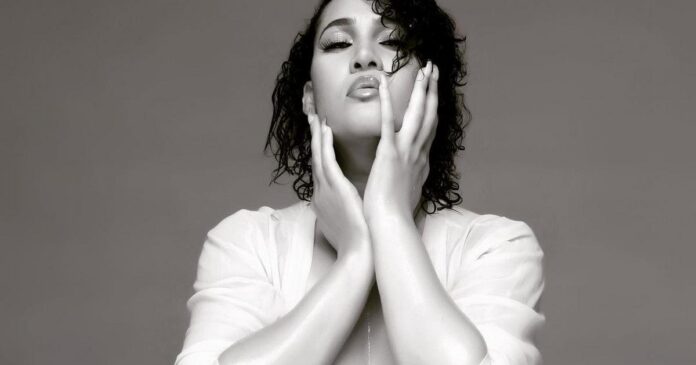 Carolyna Hutchings formerly known as Caroline Ekanem and Caroline Danjuma, born on June 26, 1987 as Caroline Uduak-Abasi Ekanem in Uyo, Akwa Ibom State, South-South Nigeria, is a famous Nollywood actress, television personality, model, and a philanthropist. She is the first child in a family of 3 children. She is very beautiful, intelligent, creative and talented.

The University of Calabar graduate of EPM cut her teeth in the Nigerian movie industry in 2004 when she was featured in Chico Ejiro’s blockbuster movie “Deadly Care” after being introduced to Chico Ejiro by Rita Dominic, who also starred in the same movie.

Ever since, she has been featured in so many movies that have been produced and directed by this veteran film producer/director and other movies, which have increased the list of movies she has featured to about 150 films.

The divorcee actress paused her movie career after she got married to the younger brother of Gen. TY Danjuma, Nigeria’s former defense minister. She later returned to Nollywood in 2017 after her divorce with husband, Musa Danjuma.

Carol as she is fondly called completed both her primary and secondary school education in Uyo, Akwa Ibom State, Nigeria and obtained her First School Leaving Certificate and West African Senior School Certificate.

After completion of her primary and secondary school education, Caroline proceeded to University of Calabar in Cross River State, Nigeria where she studied and with a Bachelor’s Degree in Environmental Protection Management (EPM) in the Department of Geography and Regional Planning.

Apart from her Basic and University certificates that she has obtained from schools in Nigeria, she also obtained a certificate of achievement in organisational behavior from Edinburgh Business School, Scotland in 2016.

In 2004, Caroline Danjuma was introduced into the Nigeria movie industry (Nollywood) by Chico Ejiro through Rita Dominic and started starring in Chico Ejiro’s popular films. In 2004, she rose to stardom after starring in the blockbuster movie “Deadly Care” which also featured Rita Dominic.

The movie was produced and directed by Chico Ejiro. After the success of “Deadly Care” Carolyna Hutchings starred in another blockbuster movie “Deadly Kiss” which gave her a nomination for Best Actress in Nigeria at the Africa Movie Academy Awards.

After her excellent performances in these two movies, she earned more recognition and was starred in other successful films, including Missing Angel (2004), The Captor (2006), Foreign Affairs, Real Love, The Twist, A Second Time and The Beast and the Angel. She also acted in Stalker, co-starred by Jim Iyke and Nse Ikpe Etim. The latest of the movies that she has acted is Come Alive in 2022.

In August 2017, she was honoured for her advocacy programs centered on building capacities for Nigerian youths by a Pan-African organization.

The following are list of movies acted by Caroline:

In 2007, Caroline Hutchings got married to Musa Danjuma, the younger brother of Nigerian billionaire Theophilus Danjuma, who was a former Defense Minister of Nigeria. Her marriage with Musa Danjuma was blessed with two sons and a daughter.

Due to misunderstandings in their marriage based on infidelity that could not be resolved, Caroline Danjuma and her husband, Musa Danjuma got divorced and separated in 2016.

The beautiful actress has been involved in a lot of scandals relating to romance. One of the scandal is  the one by Timaya’s baby mama, Tamar reportedly accused the actress of dating her man as serious and messier as it behooves on the Scottish-Nigerian actress to set the record straight.