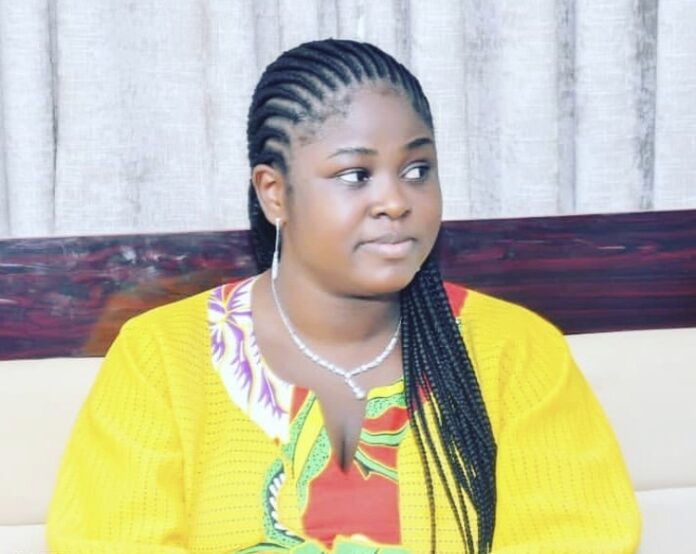 Awoyemi Bukola Grace, born December 19, 1988, better known as Bukola Awoyemi of Abukola Arugba, is a famous Nigerian actress, model, filmmaker and brand influencer. She was born and raised in Ilorin, the capital of Kwara State, Nigeria where she hails from.

She came into prominence following her role in the self-produced movie, Arugba which gave her fame in the Nigerian movie industry (Nollywood).

Bukola Awoyemi Arugba is a native of Ilorin, Kwara State in Nigeria where the actress was born and grew up with her parents with alongside her siblings.

She spent most of her early life in Kwara State where she started and completed both her primary and secondary school education, obtaining First School Leaving Certificate and Senior Secondary School Certificate respectively.

After her secondary education, Bukola Awoyemi got admitted into the University of Ilorin, Kwara State and graduated with a degree in Performing Arts from the prestigious institution.

Bukola Awoyemi Arugba graduated from the university and see the need to pursue a career in acting, then the talented actress joined Nollywood and has since featured in several Nollywood movies.

One of her early movies was Poisonous Affairs, after she was given an important role to play and the Kwara-state born actress delivered and become a name to reckon in Nollywood.

Bukola Awoyemi has been directly involved in more than 80 Nollywood movies since she came into the spotlight and become one of the sought-after actresses in Nigeria.

Bukola Awoyemi is a famous Nigerian actress, model and movie producer with an estimated net worth of $1million. The celebrated actress has amassed wealth in the movie industry, playing key roles.

Bukola Awoyemi is happily married to a popular Yoruba actor, Damola Olatunji (De-Emperor). They got married in 2013 after they met at a movie scene. Their marriage is blessed with beautiful twin children David and Deborah.

The black beautiful actress and model is not shy away from showing off her family on social media despite other celebrities keeping their personal life secret.