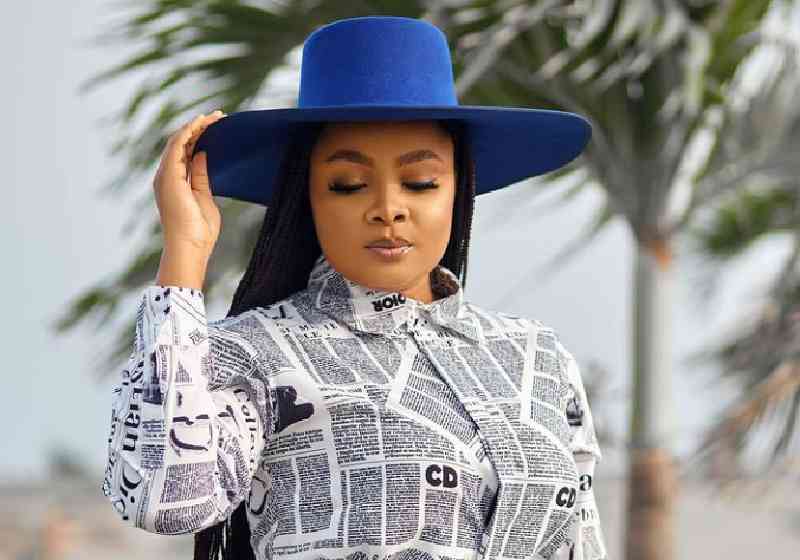 Abimbola Aisha Ademoye, professionally known as Bimbo Ademoye, is a Nigerian actress and model well known for her role in the Nollywood movie Backup Wife in 2017. She was born on February 4, 1991, in Lagos State where she grew up with her father after the parents went separate ways when she was 2-years-old.

Bimbo Ademoye was born on February 4, 1991, in Lagos State, and after her parents divorced when she was 2 years old, she spent her childhood living with her father.

Being that she grew up in Lagos, she attended St. Margaret’s Primary School, Ikorodu, Lagos, and Mayflower Secondary School, Ikenne, Ogun State, for her primary and secondary education.

She proceeded to Covenant University, Ota where she obtained a degree in Business Administration.

Her journey into the Nigerian movie industry began in 2014 when she was cast in a short film called “Where Talent Lies“.

After making the bold step, in 2015 she got a film role in the movie “It’s About Your Husband”.

Her acting prowess prompted Nigerian newspaper Premium Times to recognize her as among the five most successful actors in 2018.

Bimbo Ademoye is a successful actress with an estimated net worth of $250,000.

The beautiful actress has not been in the movie industry for long but has created an impact.

Is Bimbo Ademoye married? That is the question people are asking because of how beautiful she is.

The truth is Bimbo is not yet married, despite rumors of being in a relationship with Ghanaian businessman Nana Kwame Wiafe.

Bimbo didn’t go through surgery to get her tiny waist and stunning figure as she claims it runs in her family.

As a model, she was unveiled as GetFit ambassador alongside reality TV stars Cece and Tacha.

GetFit is an e-learning platform and manufacturer of waste and belly trimmers.