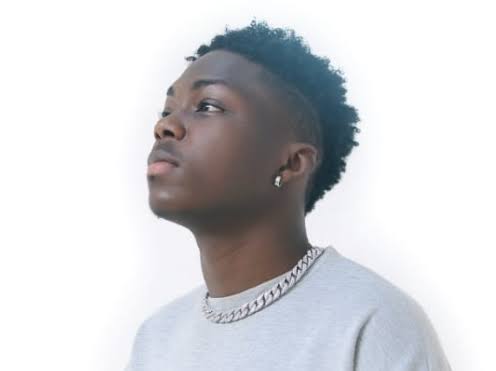 Abimbola Oladokun, born June 25, 1997, professionally known as Bayanni, is a fast-rising Nigerian Afrobeat singer and songwriter. He came into the spotlight after he was signed by Don Jazzy to Nigeria’s top label, Mavin Records. Bayanni was formerly known as Zhenoboy before he joined Mavin Records.

Bayanni was born in Lagos State, the Southwest geopolitical zone of Nigeria on June 25, 1997. He grew up with his parents and siblings in Lagos State where he began his educational pursuit.

Bayanni adored listening to music as a child especially with his father’s radio. He fell in love with Afrobeat while he was still young.

He is a strong Christian who is not shy away from his faith. While growing up, Bayanni started singing in church choir.

After completing both his primary and secondary school education in Lagos, he got admitted into Obafemi Awolowo University (OAU), where he currently studying.

Bayanni began his music career while he was still in secondary school although opportunity wasn’t presented to him so he choose to continue working hard.

He switched from gospel songs to Afrobeat after listening to the likes of Wizkid, Burna Boy, Davido and Olamide.

Bayanni who was formerly linked to Davido Music Worldwide (DMW), before he made the headline about joining Don Jazzy’s label.

He started writing songs, doing rehearsals at home and going to studios with the support of his parents even when he wasn’t making money.

Bayanni visited recording studios close to his institution to record his songs within a few months after significantly improving his writing and singing skills.

To advance his career, Bayanni started to record covers of well-known songs that he shared on his social media profiles.

The hit song was accompanied with a crispy visual by Pharouk Damilola Films, who delivered amazing music video.

After a brief absence from the media, Bayanni was formally introduced as a new member of the Mavin Records squad in August 2022.

The announcement was accompanied by a brief skit that featured Mr Funny, Don Jazzy, and BrainJotter in a laboratory setting.

As usual with the Mavin Records culture, his announcement was accompanied by The Bayanni EP, a 4-track production with an exclusive license under Mavin Global Holdings.

Bayanni is a promising Nigerian singer and songwriter with an estimated net worth of $50,000. He is currently signed to Mavin Records.

Bayanni is currently single and hasn’t made any indications about relationship. He is not married but hopes to do so at the right time.