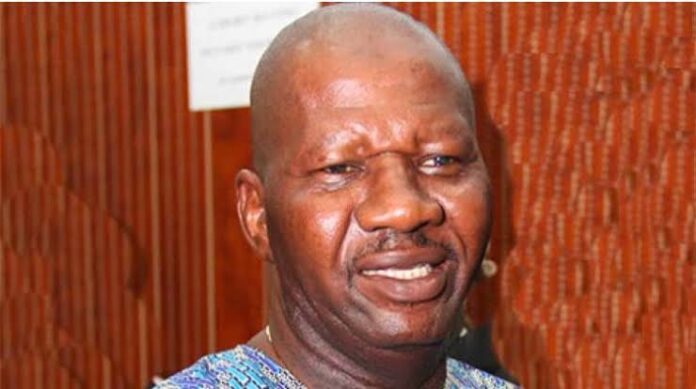 Babatunde Omidina, born August 22, 1958, was a Nigerian actor and comedian, popularly known as Baba Suwe. He was born in Lagos State, where he grew up and had his primary and secondary education. Baba Suwe has penned down his name in the history books as one of the best Nigerian actors.

Babatunde Omidina Baba Suwe came into the limelight after he featured in a movie titled, Omolasan, produced by Obalende.

Baba Suwe was born in Inabere Street in Lagos Island where he was raised but hails from Ikorodu local government area of Lagos State.

He attended Jamaitul Islamial Primary School in Lagos and the Children’s Boarding School, Osogbo for his primary education.

Baba Suwe began acting in 1971 and featured in a movie titled Omolasan, a film produced by Obalende.

He also appeared in Iru Esin, produced by Olaiya Igwe in 1997.

He has featured in and produced several interesting Nigerian movies, such as Baba Jaiye Jaiye, a movie that featured Funke Akindele and Femi Adebayo, the son of the veteran actor Adebayo Salami.

Baba Suwe was a popular Nigerian actor with an estimated net worth of $2 million.

They got married in 1995, and the couple has two children, Okiki and Halimat Omidina.

Baba Suwe died on November 22, 2021 after a brief illness that he wasn’t able to survive.