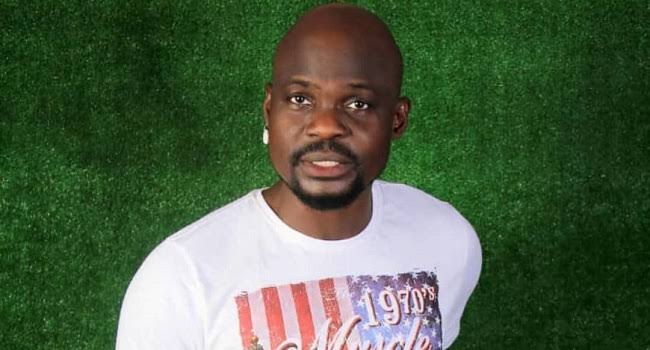 James Olanrewaju Omiyinka, born October 28, 1972, better known as Baba Ijesha, is a popular Nigerian actor, producer, filmmaker, and director. He hails from Ile-Ife in Osun State and is widely known for his comic role in Yoruba movies. Baba Ijesha got the name after featuring in a movie where he played the role of an Ijesha man.

Baba Ijesha was born in Ile-Ife, Osun State, Nigeria on October 28, 1972 to typical Yoruba parents who raised him alongside his siblings.

He had his primary education in a public school in Osun State and relocated to Lagos State for his secondary school education.

Baba Ijesha grew up with the dream of becoming a top actor and comedian which motivated him to start making comedy videos while he was still in school.

His professional career started when he earned a role in a television soap opera. Baba Ijesha came into the spotlight after his appearance in Saheed Balogun’s movie ‘Omo Orita‘.

Some of his movies include Arokan, Baba Masoko, Baba Mario, Gelede, Opolo, Sagba, and other interesting films.

Baba Ijesha is a Nigerian actor and movie producer. He has an estimated net worth of $700,000.

Baba Ijesha is married to the love of his life, although the name of the woman remains undisclosed. He has tried hard to keep his relationship and love life outside of the media.

Baba Ijesha was arrested on April 19, 2021 by the police for allegedly defiling a teenager.

According to the Police, the actor confessed to the crime and was reportedly captured by a CCTV camera in the house of the complainant.