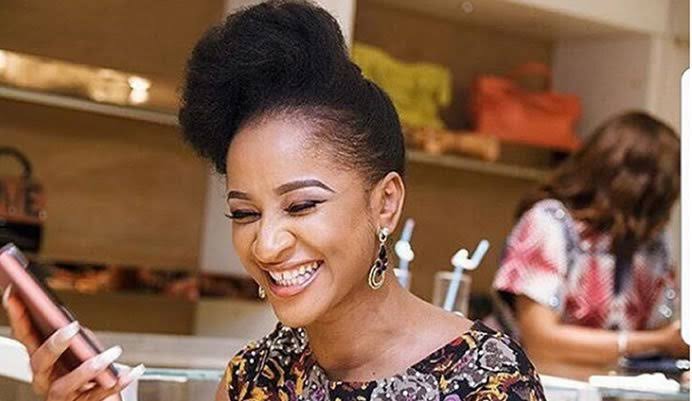 Tolulope Adesua Etomi-Wellington, born February 22, 1988, professionally known as Adesua Etomi, is a Nigerian actress and social media personality. She made her acting debut in the popular 2014 film, Knocking on Heaven’s Door.

Adesua Etomi was born in Owerri, Imo State. Her mother is an engineer with Yoruba ancestry, and her father is a soldier of Esan ancestry.

She is the youngest of her three siblings. At the age of seven, Etomi enrolled in Corona School in Victoria Island, Lagos.

During her time in Corona School, she also joined the drama club.

She then went to Queen’s College in Lagos before relocating to the UK at the age of 13.

She earned three distinctions in these courses in 2006, and then went on to the University of Wolverhampton to study drama and performance, where she earned a first-class degree.

Adesua Etomi is one of most successful Nollywood actress, having starred several films including The Arbitration, The Wedding Party, Falling and other top films.

She won the 2016 Africa Magic Viewers’ Choice Award for Best Actress in a Drama for her work in the film, Falling.

Adesua Etomi has also acted in major movies including Couple of Days, Out of Luck, and A Soldier’s Story.

In the fourth and fifth seasons of Shuga, a television soap opera on HIV/AIDS prevention, Etomi played the role of Shiela.

She was also featured on Vogue’s list of 14 global superstars. In February 2022, she released her first single titled ‘So Natural’.

Adesua Etomi net worth is an estimated $1.2 million. She is one of the richest Nigerian actresses.

Banky W and Etomi got engaged in February 2017, and the pair got married in a court ceremony on November 20, 2017.

The traditional wedding held on November 19 and white wedding on November 25, at the Cape Town, South Africa.

Adesua Etomi and Banky W’s marriage is blessed with son, Hazaiah Wellington who was born in January 2021.