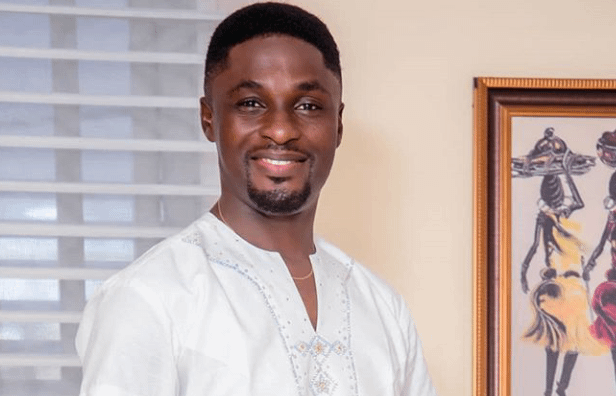 Adeniyi Johnson, born February 27, 1978, is a popular Nigerian award-winning actor, filmmaker, and social media influencer. He has featured in over 100 Nollywood movies. He was born and raised in the Ikotun area of Lagos State, where he had his primary and secondary education.

Niyi, as he is fondly called, came into the spotlight following her marriage with Nollywood actress Toyin Abraham, although they are not together.

Adeniyi Johnson originally hails from Ikotun, an area of Lagos where he was born and raised by his family. He was born into a middle-class family from the Yoruba ethnicity.

Despite the parents’ not being wealthy, they never failed in providing for him. Adeniyi Johnson’s parents were supportive of his career when he started at a tender age.

Adeniyi Johnson started and completed both his primary and secondary education in Lagos State, where he hails from, obtaining his First School Leaving Certificate (FSLC) and Senior Secondary School Certificate.

Niyi furthered his education to study mass communication at the Polytechnic of Ibadan. He proceeded to the prestigious Lagos State University to study history and international relations and graduated with a degree.

Adeniyi didn’t find it easy to breakthrough into the movie industry. He came into the limelight after he featured in the popular MNET TV series, Tinsel. He later left Tinsel due to a lack of recognition and joined the Yoruba section of Nollywood, where he became famous.

He started featuring in Yoruba-dominated movies, where he became one of the best actors in Nigeria, and has now appeared in numerous Nollywood movies.

His talented and top-notch acting skills have earned him the 2018 edition of the City People Movie Award for Best Supporting Actor of the Year (Yoruba).

Some of his movies include Meet the In-Laws, Afopina, Ori Ola, Ogo Mi, Eta Oko, and many other interesting movies in which he played important roles.

Adeniyi Johnson is a famous Nollywood actor with an estimated net worth of $800,000. She is one of the richest Yoruba indigenous actors in Nigeria. He has amassed wealth starring in several Nollywood movies and never disappoints when he is on set.

The talented actor, Adeniyi Johnson, got married to fellow Nollywood colleague, Toyin Abraham. They got married in 2013. The marriage didn’t last more than three years, and they separated with claims of infidelity on both sides.

There were rumors that Adeniyi tried to poison Toyin Abraham, which the actor later debunked, saying haters want to diminish his image.

After the unfortunate event, in 2016, Adeniyi Johnson got married to another actress, Oluwaseyi Edun, and they have been together since they got married.