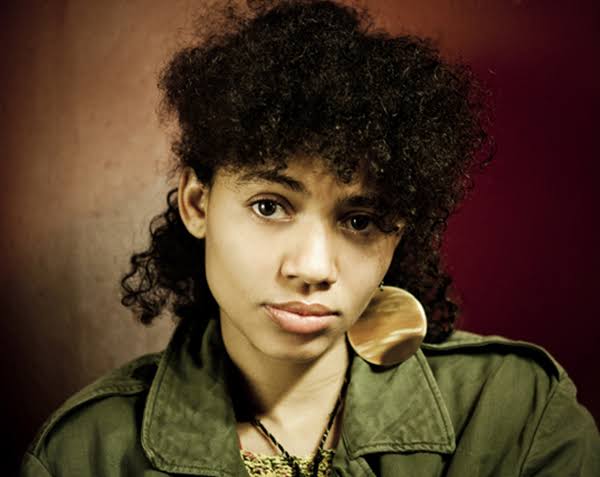 Nneka Lucia Egbuna, born December 24, 1980, better known as Nneka, is a talented Nigerian singer, songwriter, and actress. She is best known for singing in English, Igbo, and Nigerian Pidgin. She was born in Warri, Delta State, to a Nigerian father and a German mother.

Nneka Egbuna was born to a a German mother and a Nigerian father. She was born and raised in Warri, Delta State, Nigeria.

Nneka is the youngest of four siblings which she grew up together with. Nneka was two years old when their German mother abandoned the family.

When her father remarried, his new wife did everything she could to terrorize and torture the children of the first marriage, especially the two youngest, Nneka and her brother Anatol.

She moved to Hamburg, the city of her mother’s birth, in 1999. She initially resided in a building for refugees near the airport. Later, she relocated to a youth housing complex.

Nneka Egbuna pursued anthropology and African studies at Hamburg University after finishing high school, while also pursuing a side career in music.

She then started performing in the underground dancehall scene to pay for her education.

Nneka Egbuna came into the spotlight for the first time in 2004 while serving as Sean Paul’s opening act at Hamburg Stadtpark and receiving widespread praise.

She embarked on her first tour in April 2005 after releasing her debut EP, The Uncomfortable Truth, and performed in Germany, Austria, and Switzerland concerts.

2005 saw the release of Nneka Egbuna’s debut album, Victim of Truth, which received a lot of positive press, and the UK’s Sunday Times later dubbed it “the year’s most shamefully neglected album.”

In Nigeria, Nneka recorded her album Soul Is Heavy, which was released in March 2012. The new album peaked at number 38 on the UK R&B Albums chart and also charted in France, Austria, Germany, and Switzerland.

“Shining Star,” the album’s top hit and her second and final single to do so, peaked at no. 97 on the UK Singles Chart.

The album garnered an average amount of reviews, earning a score of 70 on Metacritic.

Nneka and American clothing and footwear company Reebok collaborated in 2012. She had an appearance on Tricky’s False Idols in May 2013.

Despite the fact that Nneka sings more than she raps, she cites hip hop as her main musical influence and greatest source of inspiration.

Many of her experiences in Western Europe and her history and life in Nigeria are reflected in her lyrics.

Some music critics have compared her to Erykah Badu, Neneh Cherry, and Floetry because of the way that her songs emphasize the problems of capitalism, poverty, and war and are frequently filled with moral and religious messages and references.

Nneka Egbuna is a famous Nigerian singer, songwriter and actress with an estimated net worth of $3 million.

Nneka represents the African Women Development Fund [AWDF] in Ghana as its arts ambassador. With the foundation in Sierra Leone, she has put in a lot of effort in the arts and charitable work.

The Rope Foundation, according to Nneka, strives “to provide people a forum to let them express themselves and their challenges in society.”

Nneka Egbuna is not yet married. Despite rumors regarding her relationship life. The singer is single and plans to get married at the right time to the right person.